Hakol Letova- “Everything is for the good” is a simple phrase that can change your life.

Realizing that Hashem is orchestrating your moments, down to the smallest detail, can allow you to tap into a deep sense of calm and develop a positive attitude towards the challenges which inevitably appear in your life.

Whether appointments are canceled or we are stuck in traffic, whether the kids act up or our delivery is delayed, you will no longer be disappointed or frustrated.

Know that this is from HASHEM and His desire is for only good for YOU.

Originally released for Chanukah 2021, this song eternalizes the feeling of the Jews as they fought their way back into the Beis Hamikdash hoping to re-dedicate their temple. They found only one small jug of oil, which should have been extremely discouraging. But they understood this message clearly.  Regardless of how much it appears to not be , and no matter how challenging the situation, whatever HASHEM gives me is blessing.

Internalize this deeply, and then proclaim “I know that this moment is from HASHEM, and I know that therefore, this is for the good” 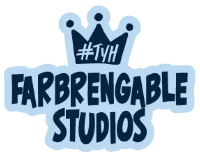 Use left/right arrows to navigate the slideshow or swipe left/right if using a mobile device
Your are successfully subscribed for email notifications.
✖

Notify me when available

We will send you a notification as soon as this product is available again.

Your email is requried